The Death Of Common Sense! 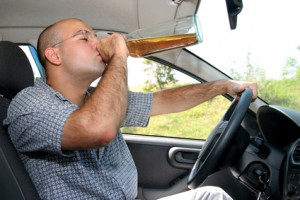 Where has common sense gone these days?

Merriam-Webster’s dictionary defines common sense as, “The sound and prudent judgment based on a simple perception of the situation or facts”.

Common sense. What happened to it? Where did it go? Can we find it again? I see so many people making foolish mistakes! Mistakes that could be avoided if a little common sense were applied before action were taken!

I am a big fan of the afternoon television show, Judge Judy. It’s amazing how many people who appear on her show lack basic common sense. I am reminded of one show in particular where a young man knocked a woman down who was busy scraping ice from her windshield. He proceeded to steal her car and sped away on the icy road. Needless to say, he crashed her car just a few blocks away then abandoned it and ran away. Later that day police found him at his parent’s home and arrested him. You would think this would have been an open and shut case, but it wasn’t. This young man and his father took the woman to court in an attempt to sue her for having bald tires, which in their mind, caused the accident. Fortunately, Judge Judy showed no mercy towards these two and told them in no uncertain terms how ridiculous they were to think they had a legal leg to stand on! These two men showed a lack of sound and prudent judgment based on the simple perception of the facts!

French historian and philosopher, Voltaire, once said: “Common sense is not so common.” The good news is however, common sense can be learned. Growing up, I used to hear my grandpa say, “That boy doesn’t have a lick of sense.” I never knew for sure what he meant until I got a lecture from my father about playing with fire. My first memory of learning the concept of common sense happened when I was about 6 years old while we were stationed in Schweinfurt, Germany. I had lit a model airplane on fire and ran through the house as it dripped melted plastic on the living room carpet. Later, I went outside to play and didn’t give any thought to what I had just done. It wasn’t long afterwards when I heard my father yell, “Michael Patrick Joseph Brooks!” I knew I was in big trouble. I ran to where he was and found him with his hands on his hips holding a belt. He explained to me how close I came to burning down the house and proceeded to give me a well-deserved spanking! Although I was just a child, my father used my childish mistake to teach me a valuable lesson in applying common sense.

As adults have we really learned the ins and outs of common sense? Do we say things that we know are wrong and should never be spoken? Common sense tells us when to speak words of healing and understanding as opposed to staying silent. I am often heard telling those I counsel, “Taste what you say before you say it.” Once those words sail out of your mouth, they can never be taken back. The damage will be done.

We can perfect our understanding and use of common sense by making ourselves accountable to trusted friend or mentor. This accountability can be worth its weight in gold as we grow and mature. I want someone to tell me when I have made a bad decision or said something that was out of line.

It’s important we watch what we say and do when we’re around our friends, family and co-workers. A funny joke told by you may be insulting to others. A teasing remark can be taken many ways. An innocent suggestion can get you into trouble. Learning to think before you speak is a move in the right direction toward practicing common sense!

Dr. Mike’s Master Life Coaching, Divorce coaching and counseling is affordable, accessible, anonymous and available by appointment from the privacy of your own home. Avoid travel time and never leave the comfort of your home to meet with me. I have many out-of-state clients who prefer to meet over the phone or via Skype. The convenience of this type of coaching is the most effective means of Life Coaching for those who live out of the Denver-metro area or are out of the state of Colorado.