As a kid growing up, I used to dream about hunting out west. My Uncle Larry used to talk about hunting mule deer in Wyoming when we visited him in Minneapolis. He never went into great detail about his hunts, but I often wondered if he had fun. My dad was primarily a fisherman. I loved to hear stories about his ability to hunt ducks when he was a young man. I think the real hunter in our family was my Grandpa Brooks. He was an avid deer and duck hunter and did well, from what I have heard from my dad and Uncle Chet. I was excited when my Uncle Chet sent me copies of my great grandmother’s diary where he noted, “November 28, 1901 had roast deer for thanksgiving dinner”. I knew immediately it was my Grandpa Brooks who provided that. I have carried on that tradition of hunting. As a kid, I would read old Argosy magazines.  They had several stories on thrilling hunts! 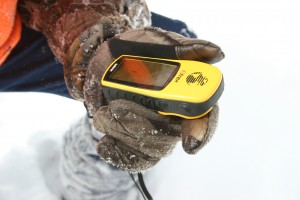 The voice of hope can be heard if you listen for it!

I would read anything I could get my hands on about whitetail and elk hunting. If I was at the grocery store and saw a hunting magazine on the newsstand, I bought it. I couldn’t wait to get home to read other hunters exploits in the mountains of the west. I bought a few books on hunting and poured over them in my quest to learn everything I could about big game hunting.

My first big game hunt happened in central Wisconsin. I was hunting the elusive whitetail deer. I got permission to hunt on the Olson’s farm and stayed with this family. John, the master hunter of this clan, worked with me and gave me lots of tips and pointers on how to hunt deer. I read books, listened to other hunter’s tips, asked all kinds of questions, and got some great answers. I became a successful hunter because of John and others. I would usually score on bucks opening day. I wanted a different challenge in my hunting, so after reading articles on elk hunting out west, I decided to give this a try.

I called Mark, a good friend of mine and asked him if he was interested in hunting elk out in Colorado. He thought it was a good idea and so did dad, John. I did some more research and found a good area in the White River National Forest. I had heard some great stories about big elk and big mule Deer. I was ready to go, but had to wait two months before the season opened.  Did I have fun preparing for this hunt!  I would shoot my 7mm Mag every other Saturday and was doing extremely well at 100 yards. I had great groups and was consistently getting better each time I shot my rifle.

After each time at the range, I would sit in my gun-room and clean and oil my rifle. The smell of Hoppe’s in my room made me feel so at home. It’s a smell that most hunters over the age of 30 would remember. It’s a fresh smell of success. Don’t ask me why, it just is!

We loaded up the station wagon with our hunting gear.  I had waited for this kind of hunting trip all my life, even though I was only 32 years old at the time.  As we drove to Colorado, the hours will filled with talking hunting, guns, and the mountains. I had gotten some tips about gear and purchased all kinds of army surplus gear, web gear, Alice packs, butt packs and MRE’s so I was all set. I wanted to be ready for this hunt, and believe me sleeping in the car as we drove to Colorado was nearly impossible because I was so excited. Next week we will continue with “Lost in a Blizzard.”

“Deep grief sometimes is almost like a specific location, a coordinate on a map of time. When you are standing in that forest of sorrow, you cannot imagine that you could ever find your way to a better place. But if someone can assure you that they themselves have stood in that same place, and now have moved on, sometimes this will bring hope”

This entry was posted in Life in general. Bookmark the permalink.