The Story Of Excuses

Earlier this week, a friend of mine stopped by my office.He was making excuses as to why he failed in certain areas in his life. As he continued to focus on his failures he began to blame others.I stopped him and asked him if he thought he had any culpability for some of his failures.He was shocked and looked like a deer caught in the headlights. He stared at me for a few seconds and said that I was the first person in his life to question his lack of ownership for his mistakes. 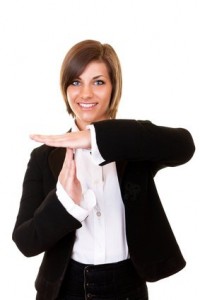 If we’re honest with ourselves, we knew we all fail at one time or another. I have had my share of failures and continue to have them. I am human as are you. Do you have friends or family members who make excuses for their failures? I sure do. I have several friends who make up excuses for personal failures.

Athletes use excuses all the time for athletic failures. I heard many of them while I coached football at the high school and college levels. I have heard them from corporate executives and from clergy. I have heard excuses from teenagers and grandparents and from married couples to people going through divorce.

Excuses are just another way to blame someone or something else for a mistake and not owning up to it.

Yes, some things that happen that are not your fault or responsibility.If you find yourself blaming others for your mishaps or mistakes, then there is a problem.

I have had clients who have accepted full responsibility for their failures. They just don’t let it lie, they do something about it.If you made a mistake, admit it and then get busy fixing the problem. Many people today don’t take any responsibilities for their actions.

They simply blame others for their actions or behaviors.

Blaming others is an easy way out but it is unacceptable. Growing up in an alcoholic home wasn’t easy. I had to take care of myself and my sister. My older brothers had no idea of what was going on as they lived several states away and were busy with their own families. When I was being punished and sent to my room, I didn’t sit and pout. I read books and lots of them. I kept busy by writing and listening to music. I never once blamed my parents for the way my life turned out. I give credit to God for bringing me out of a bad situation. My sister’s life followed my parent’s example of excessive drinking, smoking and no direction.

What did I learn about making excuses? I wasn’t going to buy into that way of thinking. It’s never too late to repair years of damage due to the excuses you have made to others. Own up to them and stop using others for the excuses in your life.

Following is a list of excuses I have heard over the past few months:

·I don’t have time

·I don’t have the education

·Find someone else to blame

·I don’t have what it takes

·I need money to make it happen

These are just a few excuses that I hear in my office. I’m sure you have heard many of them as well.

Do you want to take responsibility for your actions and stop with the excuses? Then decide right here and now that you will no longer blame others for your mistakes. This is simple advice and easy to manage if you mean serious business in stopping the blame game. So how does one stop with making excuses?