Enemy In The Camp 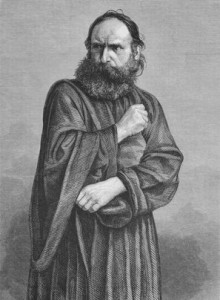 Judas was the father of "Enemy in the camp"

Enemy in the Camp, have you ever heard this term used before? I hadn’t until I was in my twenties. I didn’t understand this term until it was used as a story to illustrate how friends and loved ones aren’t always in your corner when you need them.  At times, they are the ones who spew lies and hate and have total disregard for your happiness and welfare. They usually have an agenda that often destroys the entire family, the work place, and even the church. It’s commonly called dissension and is defined as those who cause division.

Many times these folks use the camouflage of relationships to gain the trust of their unsuspecting victim. I see it often during separation and divorce. Usually during separation, a friend or family member has talked one of them into filing for divorce. They themselves may have had a terribly bad marriage and talked to anybody who would listen. Does this happen?  You bet it does and often!

That’s where the term “enemy in the camp” came from. The sooner you can expose this person the better. The only way to stop them is to confront them. I have been asked, “Who is the enemy in the camp?” Well, it can be your best friend, your brother, sister, son, daughter, aunt, uncle, co-worker, your neighbor, it can even be you!

How does the enemy in the camp operate? I look at these people as the little devil on your shoulder encouraging you to do the wrong thing. “Oh, it’s OK to have an affair, find out what you’re missing. There’s nothing wrong with leaving the marriage, after all you deserve to be happy.” These folks like to poison the well, so to speak. They do it very well, under the guise of looking out for you. They pretend to care about the person they are hurting and anybody else, beware. I see this so often in my practice. It amazes me that very few see this vindictive person as family or friend looking out for them.

I had a client whose wife left him for another man. Her husband wanted her back and was willing to do anything to fix the marriage, including the things he needed to work on personally. The entire church was praying for this man and his wife to reconcile. Lo and behold, there was an older woman in the church who was spreading lies about this man accusing him of kicking his wife out of the house. He and his wife confronted her on the phone about her lies and although she said she knew the truth continued to lie to all who would listen. That, my friend, is an example of the “enemy in the camp.”  It’s one who knows they are recklessly destroying the lives of many without any conscience whatsoever.

Confronting the enemy in the camp is very important.  There are many ways to do it, and it takes courage and factual information. As soon as you realize who the enemy is, ask them why they are getting involved in a personal matter that is none of their business. Listen carefully to what they say. Having the facts are important in exposing this person who is causing the problems. Once you expose the enemy in the camp encourage the person they are hurting to have an open conversation if they will allow it. Continue showing them the truth. Go over the details of why this enemy wants to destroy their marriage or any relationship of value. Keep friends and family from the enemy. These people look for details of family squabbles and invite themselves to join in and partake in escalating the problem. The enemy in the camp does not care about the dynamics of healthy relationships in the family.  Their job is to cause division between two people and entire families.

I have seen how smooth the enemy in the camp operates. They show a little compassion and then win over the confidence of the unsuspecting person. Then they give bad advice that leads to division in relationships. I say run from anyone who wants to stir up trouble and who does not promote healing and understanding. Relationships are very important and need repair at times. There is nothing wrong with rolling up your sleeves and working hard to fix a damaged marriage.

This entry was posted in Divorce Coach and tagged agenda, confront them, devil, dissension, division, Divorce, enemy in the camp, lies, poison the well, pretend to care. Bookmark the permalink.