How To Save Your Marriage Alone (part 6) 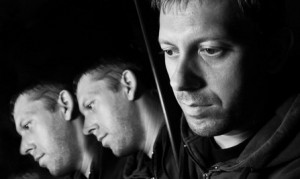 Don’t wait for problems to come to you, go fix them while you can!

A client of mine discovered that his wife was having an affair. He went ballistic when he found love notes she received from another man secretly hidden in her dresser drawer.  When I received his call, he was yelling and threatening to punch her secret lover and was prepared to throw all her clothes out onto the front lawn. He calmed down after 30 minutes into our phone call. He admitted his marriage had been on the rocks for several months, but now he finally wanted to work on restoring his relationship with his wife.  After all, he truly loved her. He knew he had to make some big changes or lose his wife!

I advised him not to say anything to his wife until the two of us could sit down and talk. We had to make a game plan. We scheduled a meeting the following Monday where he told me that was the hardest thing he ever had to do was to act if he had never found the love notes. She acted if nothing was going on when she came home and was clueless to the fact that he had found her lover’s handwritten notes. He knew where she was and what she was doing. He wanted to scream at her, but he knew if he did that, their marriage would be over.  An important factor in the early stages of saving your marriage is to keep your emotions in check and make a game plan before you say or do anything! Why? If you confront the cheating spouse without a plan, you will say and do some things that will drive your spouse into the arms of the other person. So hold back on saying anything at this time.

After we met, I gave my client some ideas on what the next steps should look like before he confronted her. I often wonder how a hasty revenge destroys any chance of reconciliation.  I have seen folks decide they need just one last chance to get even with their cheating spouse by breaking things, giving things away, spreading rumors and making phone calls to people out of anger. None of this will help your chances of reconciliation.

Another suggestion is to avoid a division within your family members, friends and acquaintances.  It is best to put together a game plan that will help you take the higher ground which will result in a better situation for you! By all means, stay calm.

Most revenge will blow up in your face. You’ll end up with a police record if you destroy property, hit, spit, push, throw things, slap, etc. You will get finger printed and your picture taken…count on it!  This will be permanently placed on your record and could pose future employment problems in the future. I suggest you find someone you can trust. Ask this individual be your sounding board and run things past them that you unsure of. Make sure that whomever you pick is not a gossip or a vengeful person. If you pick someone that encourages you to get a divorce while they themselves are in a troubled marriage, most likely they will use you and live through the advice they are giving you, which usually is not good advice. Many times those folks don’t have the courage to go through with their own divorce, so they will live their life through you. I have seen this happen many times and ultimately live with regret, so be careful. A well meaning friend can cost you lots of money with lawyers, the court system, and the loss of your marriage.

This entry was posted in I want to save my marriage and tagged Can you save your marriage alone, Marriage, separation. Bookmark the permalink.