How To Save Your Marriage Alone (Part 7) 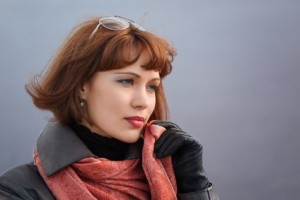 Following is a checklist of what to look for when deciding upon a divorce counselor/coach.  It’s important to tell this person that you want your marriage restored.

After my client and I talked about how he would confront is wife regarding her infidelity, he called her to set up a time that they would meet for dinner. After they ate and had time to talk, he let her know that he had found the love letters in her dresser drawer when he was putting her laundry away.  She looked at him in total shock and disbelief.  Later that evening, she went to their bedroom and found the notes.  She yelled at him while shaking her love letters in her hand and accused him of snooping around and going through her personal things. She screamed at him and demanded that he leave. (Note: under no circumstances should you leave your home during a heated argument.  If you do, this most likely will open up the door to visits from the one the offending spouse is having an affair with.)

He firmly, yet with kindness stated he was not leaving. He told her that he loved her and that they would work through this. He admitted he wasn’t the greatest husband and acknowledged he had to make some major changes in his own life. That’s what it takes – admitting your faults and that you will be working on them to make the marriage work.  She didn’t believe him.  The next day she moved out. He stayed the course we planned by getting counseling, committing 100% to the marriage and loving her regardless of what she was said or did. Over a period of several months, she began to see the changes in him, although she was still seeing the other man from time to time. Late one night she and her lover had an argument that escalated to the point that she packed up her bags and moved back into the house. She told her husband that the guilt of having an affair was overwhelming in the face of all the changes she saw her husband making.  She saw that he loved her unconditionally, no matter what she said or did to him.

Something to remember is that even though the wayward spouse falls head over heels with someone else, they may move out of the house or ask you to. However, if you both live in the same house you will have plenty of time to interact by talking with each other, showing your love toward your partner, and showing them the changes you are making in your own life. This will impact your spouse in a way that will give pause for second looks at your marriage and they will start seeing you in a different light.

When your spouse is discovered cheating, you can expect an outburst of anger from them because they have been discovered. They have been humiliated and their cover is blown. Some may deny the affair even with evidence being shown them. Some will stick with the story that they never had or are in an affair.

This entry was posted in I want to save my marriage. Bookmark the permalink.