No one’s going to respect you till you respect yourself (1) By Dr. Michael Brooks

What does respect mean in your everyday relationships? What do you think it means with your spouse and children? According to Urban Dictionary Respect: means valuing each other’s points of views. It means being open to being wrong. It means accepting people as they are. It means not dumping on someone because you’re having a bad day. It means being polite and kind always, because being kind to people is not negotiable. It means not dissing people because they’re different to you. It means not gossiping about people or spreading lies. 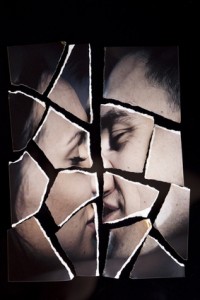 Respect for yourself requires that you love and forgive others

In my opinion we are lacking respect for each other in today’s world. I see it every day as you do. We see it in each other, in our youth of today, at work, at the mall, at the grocery store and even when you’re driving. It’s all over the place. We are a society out of control.

I had a client a few years back who punished the women he dated. He could be wonderful and caring to the women he dated but cruel and hurtful if they didn’t show him attention or focus entirely on him. He went from girlfriend to girlfriend not having a clue as to why they ended their short dating relationship with him. The longest time he has dated someone was 3 months.

He stopped by the office one day and wanted to talk. He didn’t understand why he went from woman to woman and was not in a healthy lasting relationship. I asked him “Are you healthy for these women?” He looked at me like I was crazy! I asked him again, “Are you healthy to be in a relationship with these women?” He responded, “Well of course I am, why do you ask?” I looked at him and thought to myself, this man had no clue on how disrespectful he was to the women he dated.

He would let them know how they needed to treat him. He put everything into the relationship and if it wasn’t going the way he thought it should he would say and do things to get a reaction from them. More often than not it would backfire on him and the woman would end the relationship right on the spot. My client would never admit he was wrong by his behavior to these women. A few of these ladies he dated would get a lecture from him about how they should lose some weight if they wanted to remain dating him. How do you think that went over? Like a lead balloon.

I think it’s extremely important on how we treat people with our words and actions. So be careful with what you say and how you say it. Respect starts with you. Next week we will be looking at some of the things you say may be hurtful to others without you ever knowing it.

This entry was posted in Dr. Mike's rants, I want to save my marriage, Life in general and tagged accepting people as they are, Dr Mike Brooks divorce coach and counselor, healthy relationship, not gossiping, not lying. Bookmark the permalink.