Last week we learned that “Holding onto anger is like drinking poison and expecting the other person to die.” So many people really believe this statement is true, that’s sad, this week we will look at the causes of anger. I’ll give you some tips on dealing with your anger and how to manage it.

What are the common causes of anger? Fear, whether real or imagined can be crippling. Fear can be a contributor for some people dealing with their anger. When someone becomes focused on fear, they lose all perspectives on reality and how to deal with everyday problems. Fear can cripple rational thinking people. They become obsessed with fear and not the solution to fixing their problems. 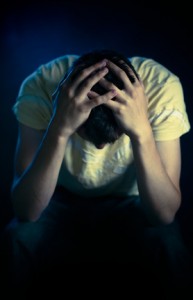 When you hold on to anger it will only destroy you.

Pain is another reason for anger. Pain can create its own set of problems; there is physical pain and emotional pain. I had a friend injured in a car wreck, by a hit and run driver. This wreck was severe enough to cause serious injury and he many needed surgeries. His anger was directed at the careless driver and the results of his injuries. I don’t want to go into all his surgery details, but he had several neck surgeries, hip, and low back surgeries. He was angry and for very good reasons; they caught the driver, he was arrested, jailed the following day, after three years of seeing doctors, having dozens of surgeries, going to physical therapy sessions there was light at the end of the tunnel. His day in court finally arrived, he went to court with his lawyer expecting the legal system to deal with this careless individual sternly. He thought that “I have been in so much pain, and his life was put on hold since day one of the wreck, he was going to get some payback. I suggested that he get in control of his anger and start using my tips to help him manage his anger in court.

Here are other ways you can stop feeling angry. They do work if you try them.

He and his lawyer went to court and waited for their case to be heard as they sat in the courtroom, waiting, the opposing counsel asked to talk to my friend’s lawyer. He waited for several minutes wondering what was going on behind closed doors with his lawyer and the other lawyer, finally his lawyer came out and then spoke to my friend, he said that the other side wanted to settle. My friend’s anger burned inside him, he wanted to have his say in what this hit and run driver did to him physically, and emotionally and how his life was dramatically changed as a result of this wreck. His lawyer advised that they settle and the reasons why. He seethed with anger for months; his whole family was dealing with his out of control fits of anger. He was constantly yelling, screaming, cursing; no holds barred outbursts of anger! What was his family to do with his anger outbursts?

Next week, I will talk about emotional pain and how to move on from it.

Do you feel frustrated about your anger issues in the relationship? Do you need help in saving your marriage and family from your anger problems? Do you have a spouse or partner who isn’t communicating with you and you want it restored? Do you want help in learning good communication skills, so you understand and how to avoid the anger that controls you? Are you the partner who wants to end your relationship because of his/her anger? If you answered yes to any of these questions, you need to contact Dr. Mike and set up an appointment. Please call Dr. Mike at 303.880.9878 if you need to talk.

Dr. Michael Brooks is the founder of Applicable Counseling and life coaching Services. It is affordable, accessible, anonymous, and available by appointment from the privacy of your home. To avoid travel time and the comfort of home, many clients prefer to meet with Dr. Mike over the phone or via Skype (if you want to Skype with Dr. Mike send him an email at mbrooks3353@gmail.com to set up an appointment). The convenience of this type of Counseling/Coaching is the most effective means of Life Coaching for those who live outside of Colorado. Give Dr. Mike a call! You’ll be glad you did!

This entry was posted in I want to save my marriage, Life in general, relationships and tagged anger problems, applicable counseling and coaching services, communication, dr mike relationship counselor and divorce counselor, Emotional pain, fear, relationships, tips on dealing with angerphysical pain. Bookmark the permalink.