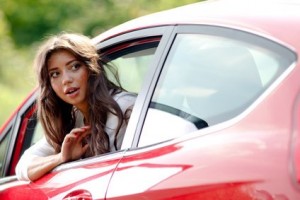 “Hey kid, did you see who backed into my car?” the man asked.  I stammered and said, “Yes”. I was a terrified 10 year-old thinking I was in trouble for not reporting it when I saw it happen.  The tall, imposing man walked over to me and kindly asked me what kind of car and color it was and was it a man or woman behind the wheel. I did my best to answer his questions, maybe not to his satisfaction, but I answered truthfully and as best as I could.

I told him how I had standing by a grocery cart in the parking lot when the offending woman walked by me, got into her car, started it up then slowly backed out of the parking stall and right into the man’s car. I remember thinking how odd it was that the sound of the crash wasn’t all that loud. The woman stopped and inspected the damage she had just caused.  To my surprise, she proceeded to drive away without so much as leaving a note with her name and phone number. Moments later the owner the damaged car walked out of the store and discovered the dent in his driver’s side door.  Even as a child I realized that what that woman did that day was wrong.

My question today is: Who are we when no one is looking? Are we honest with ourselves when nobody is around watching us? I can think of many personal instances where I have failed over the years. We all know people who at times have cheated on tests, taxes, spouses and even sports and games. I remember years ago while in college we had a substitute professor administering a final exam.  As I sat in the back row I observed several students cheat by stealing answers off of their friend’s tests.  They were taking advantage of the fact that the substitute professor really didn’t care!

Being true to yourself comes in many forms. Are you honest when taking tax deductions; filing out your time card at work; returning items as new when you actually used the item or something as simple as letting a clerk know when you have been undercharged for an item?

So I ask, “Do you realize that being honest with yourself and others is the core of your character?”