Where Did Whitney Houston Go Wrong? 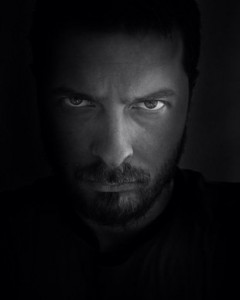 I was sitting at my computer when the phone rang. It was my friend, George, telling me that Whitney Houston had died. “What?” I said. “Where did you hear that?” I asked.He said it was just reported on the radio. “Wow, what a talented super star”, I said to myself and thought “what a waste of talent to be lost so early in life”. I have listened to many pundits over the last few days report stories about Whitney Houston’s troubled life. They have stated that when she married Bobby Brown her life and personality took a turn for the worse. During her marriage to him she began smoking, using drugs, and drinking excessively.

Bad apples (bad people) can and do corrupt the good people we know and admire. I have seen it happen numerous times with people I personally know and love. My sister, for one, had slipped into the party lifestyle of taking drugs, drinking and heavy smoking. She lost her life due to lung cancer two years ago.Smoking two packs of cigarettes a day eventually caught up with her and took her life. She told me many times that she knew what she was doing would kill her someday, but the overwhelming desire to smoke won out!

I also recall a high school classmate, Scott, who was an excellent athlete and played on varsity the baseball team. He was so talented, he was scouted by several pro baseball clubs. In fact, Scott was one of the best high school catching prospects available in the country that year. He was a great hitter, smart on the bases and could throw runners out in record numbers. I knew him as a shy freshman who was always was fun to be around and very likable. He was fairly innocent and naive throughout high school until he started to hang out with the wrong crowd his senior year. His whole demeanor changed once he started drinking and smoking pot. He went from being someone you would like to talk to, to someone to avoid. He began skipping classes, getting into fights and getting drunk on the weekends. The crowd he hung out with were the big-time drug users and drinkers and were always in trouble with the law. They saw an easy mark in this young man and helped destroy his potential career in professional baseball.

Whitney had been living a similar, innocent life.As a child she started signing gospel songs in her local church and then began a modeling career in her early teens. She experienced success early in her career and managed to reach the next level.She was going places and she knew it, her mother knew it, in fact, anyone that heard her sing knew it. She was beautiful and talented and was destined for stardom.

In 1992 all of that changed when she married Bobby Brown. That is when her life began to unravel. Brown had been in trouble with drugs, the law, and served time in jail. Although she and Brown eventually divorced, she continued to live the self-destructive life she had learned while married to him.In the late 1990’s and early 2000’s, she admitted to using cocaine and smoking pot with her ex-husband. Even with all of her talent, awards and high-society lifestyle, her life was spiraling out of control.

Her reputation as a professional was called into question when she would show up late for her own concerts or would cancel a show shortly before it started. On several occasions she simply did not show up for radio or television interviews. She told Oprah Winfrey, “Doing drugs was an everyday thing. I wasn’t happy at that point in time. I was losing myself.” That’s when she knew she was in trouble; however, she did nothing to get control of her life. She had rejected the people who loved her and wanted to help her, including her family, her church and close friends. Instead, she allowed her’ handlers’ to help her.They simply told her what she wanted to hear and sadly, today she is dead.

We can’t lay all the blame on Bobby Brown for Whitney Houston’s lifestyle.Whitney made bad choices in her adult life. The lifestyle of the rich and famous isn’t always what it appears to be. The day before her death she performed one last time in front of a group of friends. Do you know what her last song was? It was the very fitting, “Jesus Loves Me”. In her last performance, she went back to her roots in gospel music and the church she loved.

In closing, if you or your children have friends that are not a good influence and you realize you need to make some changes, then take a stand, do the right thing and start today!Make sure your friends and your children’s friends have your best interest at heart. We all have been influenced by negative people in our lives and have learned we must be aware of whom we allow to come into our lives and that of our children.

I’ll close with I Corinthians 15:33 from the Bible.It is a scripture that reminds us that God knows all about the questionable people who come into our lives and warns us to be careful when we choose our friends.It reads, “Do not be misled. Bad company corrupts good character.”