When Kindness Goes A Long Way! 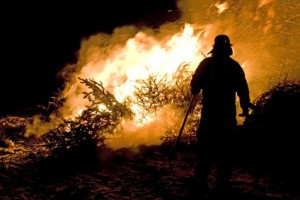 Help those in need before a tragic event happens

I watched the busy crowd at Wendy’s wait in line to order their food. While watching the workers behind the counter I noticed how rushed they were. The people waiting in line were chattering about the fire and the friends they knew that had to be evacuated. The kids that waited in line with their parents had no clue what was going on; however, you could sense the nervousness of the adults as they looked at the menu board.

I witnessed many acts of kindness last week here in the Conifer area as we fought another round of wildfires. I saw everyday people buying meals for the fire fighters who were behind them in line. Many grateful residents approached them as they ate their lunch and thanked them for helping with putting out the fires. That brought a smile to my face watching people reaching out and appreciating those who were risking their lives to keep our community safe. We all know that kindness toward each other should be practiced everyday not just when bad things happen. Sure, we all can pitch in and help I applaud that. But we need to be aware of those in need on a daily basis.

Can you think of those who need your help, but are afraid to ask? Can you call someone who may need an encouraging word? This is not rocket science my friends, it’s helping those in need. When I heard about three lives that were lost in the South Fork fires, I was extremely saddened. The elderly couple who lost their lives in the fire were known in the community as ones who would call the shut-ins in their church on a daily basis. The shut-ins that were interviewed said their calls were so helpful and the act of kindness reminded them that they were important to someone. A simple call means so much for those who cannot get out. A three minute call is all it takes.

I shared a story a while back about my first job as a senior in high school. I delivered prescriptions for a local pharmacy in Chicago. Many times I would deliver medications to senior citizens and shut-ins an at times I would be the only person they would see on a monthly basis. Each time I would spend a few minutes talking with them and checking in on them. One elderly woman would have me deliver tooth paste, bathroom tissue, mouthwash, and occasionally her prescriptions on a weekly basis. The drug store that I worked for received a call from this woman’s son a few months later telling us that his mother passed away. He then demanded to know why she had a closet full of unused merchandise from the drug store I worked at.

I remember her talking about a son that never called or had time for her. I was the only person that paid any attention to her. The few minutes a week I gave her made her feel special. My boss told him that maybe if he had spent some time with her maybe she would not have had a delivery boy fill the role as her son. Do you know of anyone who could use a 5 minute pick-me-up phone call? The phone is the easiest way to connect to a senior or someone on the mend from surgery or an illness for the busy person.

This is my challenge for you: find someone who could use a call or a visit from you. It might be a family member or a neighbor who lives nearby. It could be someone in an assisted living home. The people who could use a call from you are endless. Just put a little thought into it and make it happen.