Getting The Last Word 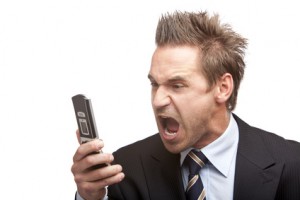 Getting the last word in can cost you dearly

“I told you I was right! I warned you to slow down and you got a ticket! Ha!  So there!” he sarcastically said.  “Maybe if you would fix the car you bozo, I wouldn’t have to floor it make it over the hill!  It’s your fault I got that ticket in the first place.” She screamed back! “What? Are you serious? You are blaming me for YOUR ticket? Get real!” he said as he laughed at her.  “Like I said, it’s your fault I got the ticket! Deal with it”, said angrily said as she drove towards home.

This, my friends, is a great example of getting the last word! It’s not flattering of either person, but rather a poor way to communicate and cause more trouble down the road.

Word fights are the worst.  We have all done it plenty of times! We might think getting the last word in an argument is supposed to make us feel better. Well it doesn’t for me and I have a hunch many of us feel crummy about it afterwards. I have found that when the words fly past my lips it feels great for the moment, but once I have said them it’s too late to take them back. I look into the face of the person I have just wounded and it hurts me to the core. I ask myself, “Why in the world did I say that? What was I thinking? I knew it would hurt them.” Since those days of long ago, I have learned a great lesson – keep my lips sealed and not insist I get the last word in. I don’t need to win that way.

Years ago, I had a client in my office that fought dirty. He wouldn’t let his wife get a word in edge-wise. She would try but he would constantly interrupt her. He thought that brow beating her into submission would shut her up. Well, it didn’t work and he got served divorce papers.  He just couldn’t understand why she would do such a thing!  His friends told him that he treated his wife with disrespect and would someday leave him.  As he and his wife stood before the judge, those words echoed from his friends.  Although he loved her, cared for her and was committed to the marriage she had had enough!

His attitude about winning the verbal confrontation was the downfall to his marriage. In his mind it was more important to win the fight than save his marriage.  Friends, this happens in many marriages. For some people in a difficult marriage, they think they have to be the winner in an argument. What we forget at times is that our spouse is supposed to be our best friend and they need to be treated that way. If we could just a moment to think about what we’re going to say in a heated argument, many relationships could be salvaged and/or restored. I ask my clients why they feel they need to get the last word in and what they think would happen if they just backed away and kept the peace? I personally would have to say fewer people would be contacting me for divorce counseling and coaching.  I want marriages to succeed.

The way I see it, you don’t have to get the last word in an argument.  If you have a bad habit of doing this then by all means just stop it!  Discuss your concerns and don’t end your disagreement by having the last word or being the one who is right or winner.  You both can be winners when you fight fairly. Listen to your partner and don’t be critical in your disagreement with them. Speak truthfully with kindness and love. Call Dr. Mike if you have any questions or need his help.

This entry was posted in Dr. Mike's rants and tagged confrontation, getting the last word. Bookmark the permalink.