Can I Save My Marriage Alone? (Part 9) 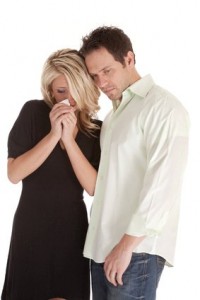 Fight for your marriage while you can!

The Loveless marriage, I had a couple who asked me can you help us save our marriage, even though we don’t act as a married couple, but roommates? This problem is more common then realized. Many couples live in the same house but live as common roommates. While one heart breaks in this type of marriage, the other continues to live in a different world. A world of no accountability, no hope or dreams. If this is a marriage that you are involved in there is hope for you.

Those in a roommate marriage are most likely to stay status quo until someone either has had enough and wants to move on or they find someone who convinces them they are in a bad spot and should leave the marriage. If you realize that you are in a loveless marriage and want to do something about it now is the time. I suggest that you sit down with your partner and discuss ways to start repairing your relationship. Make a list that looks at areas you need to communicate and come to some agreement on how to do the next steps. For example, one of you has fallen out of love, how do you revive the love and fall in love again? You may want to have a date night and talk about why and how you fell in love. Look at the good times that you had when courting each other. You may want to try some of the things that worked back then. Go on evening walks, hold hands share some of the good memories you shared. Break the down the monotony you are experiencing. Change gears, do things you have talked about but were afraid to try them. Try sky diving, or take a drive to a new part of the state. You may want to start going to some different restaurants instead of the old standby. My point is getting you to try different things to spice up a loveless marriage.

You may be the partner who wants to try to improve your relationship. If that’s the case then you will be the one who has to do all the planning in the beginning. You may have your partner wondering what’s going on and you can explain that after you start your planned event. Being spontaneous is key to making things happen. I like the spur of the moment events. They work well if planned right. This is something to think about and consider in a loveless marriage.

Breaking down the walls of adultery, can it be done? I was sitting in the back of church while the pastor was preaching about the history of the Red Barron a German WWI flying ace. The Red Barron was the most recognized pilot during world war one. The Barron shot down many American, English and French pilots. In fact he wrote the book on Tactical dogfights. Everybody who flew knew how dangerous the Barron was. This pastor caught my attention as he preached about the Barron and my love for military history. The sermon was really good, it was about following your own desires and how they can cause you to crash and burn. The Red Barron, didn’t follow his own advice from the book he wrote about tactical air battles, when he went after a plane low to the ground, and was killed by a British sniper on the ground. He got so focused on the plane he was attacking, he never knew how close he was to the enemy lines, and died because of his mistake.

My client heard that message in church and applied it to the several affairs he had had over the years. In fact, after hearing the message, he was clearly upset in hearing the example on how the Red Barron died, the Barron died by not following a rule of air combat that he wrote about, don’t stray too close to the ground and enemy lines. In this man’s case don’t stray from the marriage.

My client, drove by my house the following morning to talk me at 3:30 AM, he saw no lights, then tried calling, he was so distraught and needed to talk about his pain of having an affair. The wife contacted me and asked if I would talk to her husband, she suspected that he was having an affair. I told her, yes, I will be more than happy to sit down with her husband and talk with him. Then she told me that she was going to divorce him after we talked. She found several e-mails where he was writing other women and meeting them at bars and dance clubs. I asked her to hold off on filing for divorce until I could sit down and talk with him. She agreed. I met with her husband, and we had a long serious talk about his affairs, he denied them at first, but over the course of 3 hours, he slowly admitted that he had them.

Exposing affairs are very painful and can lead to years of pain if not dealt with properly and quickly. There is no guarantee that telling your spouse about your affair will save the marriage. It would be better hearing it from you then having someone call them and asking “Did you know your spouse was seen with another woman/man” That’s when most likely there is no chance in saving your marriage. If telling your spouse about your affair helps you get rid of the guilt and you want to rebuild your marriage this is the route to go. Next week’s article will continue “can I save my marriage alone.”

4 Responses to Can I Save My Marriage Alone? (Part 9)