A recent client of mine told me about how his wife had reconnected with an old boyfriend from high school through Facebook. They hadn’t seen each other in 38 years and considered each other their “first love.” As we all know, a “first love” is a strong bond to break especially when there was physical intimacy involved.

He told me that her old boyfriend found her on Facebook and sent her a contact note. She responded back by telling him she was married and had four children. He wanted to hear more about her life and what she had been doing all those 38 years. Unbeknownst to her, he had been divorced twice and was thinking about her. Eventually, her marriage seemed unfulfilling to her too and unfortunately, she shared that with her ex-boyfriend. He was an engineer and had been divorced for three years. He wanted to reconnect with her, and she thought it would be nice to see him too. So she traveled to Ohio to meet him and never told her husband where she was going. She just packed her bags for a “weekend getaway”.

When she returned, she told her husband of 30+ years that she was divorcing him. She wanted out and had talked to a lawyer about putting the divorce together. She said their grown children that she was divorcing their father and told all kinds of lies about him. She also told the children that he was unfaithful and abusive towards her. The lies got even worse the more time she spent with her old flame talking on the phone and chatting on Facebook. With her lies, she turned her children and family against him.

The lies were so destructive and painful he nearly had a nervous breakdown. He begged, pleaded, groveled, wept and cried to get her back. She destroyed this man’s life because of an affair she wanted and tried to justify it with her lies. This woman was very deceitful and filled with hate.

When I met with this man at my office, he was beside himself. He had nowhere to turn, and his children wanted nothing to do with him. His wife hated him and was bent on taking him down. He asked me, “Dr. Mike, where do I go from here? I have done nothing that she has accused me of. I have been faithful to her and loved her, but she always seemed unhappy. I’ve tried talking with her, planning vacations, etc., but it just never worked out. I even asked her to go to marriage counseling, which she refused. I know I wasn’t a perfect husband, but I tried everything possible to make her happy. “

He told me that he found out who the guy was, what kind of job he had and the type of people he was involved with. He also knew how many times he was divorced and even current relationships the man was involved in. He had all the emails they sent each other with the time and date stamps on them. He wanted to know why another man would take his wife away, knowing full-well she was still married. That was a fair question. Relationships can be so complex! They are hard to understand at times. “Who should get the blame,” he asked? I told him, “They both should. He shares in the equal responsibility. The reason you feel it’s more your wife’s fault is that she is the focal point of your pain.”

If you suspect that your spouse/partner is reconnecting with a former girlfriend, boyfriend, lover, etc., you need to confront them immediately. The longer you delay, the more damage there will be, and the possibility of your marriage will come to an end is likely. Confronting your spouse is not a bad thing – doing absolutely nothing is. You need a game plan when you talk to your spouse/partner. If you accuse them without knowing what you’re going to say, you’re headed for trouble so plan on that! More and more relationships have ended from social websites than ever before. If you are tempted to look up an old boyfriend or girlfriend, don’t. There is no reason to risk hurting your relationship with your spouse/partner by looking for past loves. Protect that relationship you’re in, guard it and enjoy it! Trying to rekindle a relationship with an old flame never works, especially if you’re in a committed relationship.

If your marriage has been threatened by or has ended because of a social media affair and you need someone to talk to, or need help in overcoming the pain you’re going through, please call Dr. Mike. He can help you. He has helped several people through the process of a broken relationship caused by social media infidelity.
Master Life Coaching, Divorce Coaching, and counseling is affordable, accessible, anonymous and available by appointment from the privacy of your home. Avoid travel time and never leave the comfort of your home to meet with me. I have many out-of-state clients who prefer to meet over the phone 303.456.0555 or via Skype (drmike45). The convenience of this type of coaching is the most effective means of Life Coaching for those who live out of the Denver-metro area or are out of the state of Colorado. 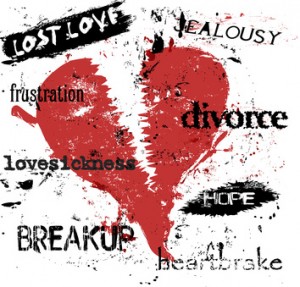 There is always hope is you’re willing to try to save your marriage!