I had a client who shared his angry feelings about his wife with his close friends at a bar one day. A few of these friends didn’t like his wife because she complained that he was out partying with his friends and not home with the family. So, here was an opportunity for his buddies to get payback at her for asking him to come home after hanging out with them. My client listened to his friends, and one of his co-workers convinced him to use his divorce lawyer that he used (just to check out his options). Without talking to his wife about his feelings and while he was all worked up went and spoke to this friend’s lawyer. The lawyer said that he would take his case if he needed him. So on the advice of his drinking buddies he filed for divorce, his wife was served divorce papers having no clue what her husband was up to. When served she tried calling him at work and he wouldn’t answer her calls. She then went to his job site and confronted him with the divorce papers she was served. He gave her the silent treatment, and she was asked to leave the job site by his bosses for creating a scene. She was an emotional wreck and tried keeping peace in the home with their children. He moved out and went and lived with his friend who suggested that he get a divorce and talk to his lawyer. 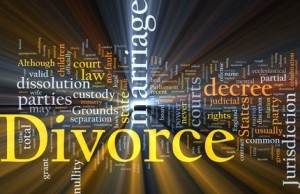 What is your marriage worth?

In our first meeting, he mentioned to me it was fun at first, he and his friend went to bars, parties and drank heavily at the house he stayed at. He would go to work hung-over, and his co-workers would encourage him to stop going to late night parties. Some of his friends at work told him that his personality was changing for the worse. His bosses confronted him one day while at work and said that he’d get no more warnings about being late for work or being hung-over, the next time he would be fired. His friend that he was living with said that he shouldn’t let people at work tell him how to live his life. Well, you can imagine, he lost his job for being hung-over and not being able to do his job.

I will tell you, don’t share your marriage troubles with outsiders. They will give you bad advice and have no invested interest in you or your spouse’s marriage except to be a busy body (gossip) and give you bad misinformation. Here are my tips for keeping your private issues private.

Ask yourself these questions; am I filing because I’m angry and doing it out of spite? Have I thought through all my options of trying to save the marriage before I file? What are the real reasons I’m filing? Have I tried marriage counseling/coaching with my spouse? If you have answered yes to any of these questions, then give Dr. Mike a call he can help with this difficult process of deciding on your next steps and what to do. Call him at 303.880.9878

Dr. Michael Brooks is the founder of Applicable Counseling and life coaching Services. It is affordable, accessible, anonymous and available by appointment from the privacy of your home. To avoid travel time and the comfort of home, many clients prefer to meet with Dr. Mike over the phone or via Skype (if you want to Skype with Dr. Mike send him an email at mbrooks3353@gmail.com to set up an appointment). The convenience of this type of Counseling/Coaching is the most effective means of Life Coaching for those who live outside of Colorado. Give Dr. Mike a call! You’ll be glad you did! 303.880.9878

This entry was posted in I want to save my marriage, relationships and tagged angry feelings, children, Divorce, dr mike relationship counselor and coach, drinking, drunk, filing for divorce, hungover, i'm angry, lack of communication, separation. Bookmark the permalink.