Gossip, The Divider of Friends (1) By Dr. Michael Brooks

Gossip, the Divider of Friends (1) By Dr. Michael Brooks

Gossip, how in the world can some people enjoy talking about others and not figure out that people despise them for the lies and private information they share? They seem to get satisfaction in talking about people behind their backs. They have no problem in hurting family, friends, and people they don’t even know with their gossip. 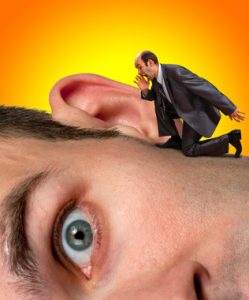 Gossip divides family, friends and spouses..don’t get caught up in it.

I have learned over the years there is a way to confront a gossip, and many of you who have read my articles know what I am going to say. If you had a parent or grandparent tell you, “if you don’t have anything nice to say about someone don’t say anything at all.” Is a golden nugget of truth. It’s still true for today! What are the reasons for gossip? Let’s think about that and go in depth why people gossip. The big question is, So why do we indulge in this guilty pleasure?

I think a lot of gossip is used as a form of “I know something you don’t” and hold it over the heads of willing participants who join in and listen. It seems to give them a brief but albeit power trip. It shows us that they have very poor self-esteem. They thrive on drama and causing others turmoil. About 60 percent of conversations between adults is about someone who isn’t present, and most of these are passing judgment.

Workplace gossip seems to be common place and pits people against each other. For example, if someone gets a raise in the company, a flurry of gossip will say if it’s a woman “she slept her way to get the raise,” or she’s a brown noser. Not thinking for a second, that she really earned her way to a new raise and position. People just can’t accept this fact, that through hard work, people do go places. A research team from the University of Amsterdam found that 90 percent of total office conversation qualifies as gossip. Research at the Georgia Institute of Technology concluded that gossip makes up 15 percent of office e-mail. A gossip is a form of communication that can lead to loss of jobs, hurt morale and cut productivity. In the workplace, it’s a problem.

Next week we will continue this series about gossip, and some truths will be revealed on how to deal with gossips in your life.

Do you suspect that you’re becoming a gossip? Have you been wounded by a gossip and are hurting from it? Do you want to confront someone who has gossiped about you? Do you need to go to someone you gossiped about and make things right between you and the other person? If you answered yes to any of these questions, you need to contact Dr. Mike and set up an appointment. Don’t allow an old love to destroy your relationship. Please call Dr. Mike at 303.880.9878. He can help you. He has helped several people going through tough times.

This entry was posted in I want to save my marriage, relationships and tagged applicable counseling and coaching services, dr mike relationship counselor and coach, famlies torn apart, gossip. Bookmark the permalink.