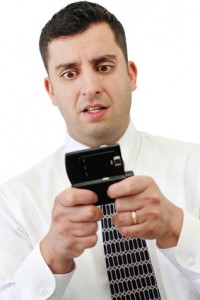 Social media is destroying marriages across the country!

A recent client of mine told me about how his wife had reconnected with an old boyfriend from high school through Facebook.They hadn’t seen each other in 38 years and considered each other their “first love.” As we all know, a “first love” is a tough bond to break especially when there was physical intimacy involved.

He told me that her old boyfriend found her on Facebook and sent her a contact note. She responded back by telling him she was married and had 4 children. He wanted to hear more about her life and what she had been doing all those 38 years. Unbeknownst to her, he had been divorced twice and was thinking about her. Eventually, her marriage seemed unfulfilling to her too and unfortunately, she shared that with her ex-boyfriend . He was an engineer and had been divorced for 3 years.He wanted to reconnect with her and she thought it would be nice to see him too. So she traveled to Ohio to meet him and never told her husband where she was going. She just packed her bags for a “weekend getaway”.

If your marriage has been threatened by or has ended because of a social media affair and you need someone to talk to, or need help in overcoming the pain you’re going through, please call Dr. Mike. He can help you. He has helped several people through the process of a broken relationship caused by social media infidelity.