Why do some people like to hold on to bitterness and use it as a weapon on those they know and love? Their pretty easy to spot once you have interaction with them. They don’t usually hide it and it appears that they are very comfortable with letting others know they harbor bitterness. In fact some people who are bitter feel that they owe the world a poke in the eye when they are bitter and hurting. 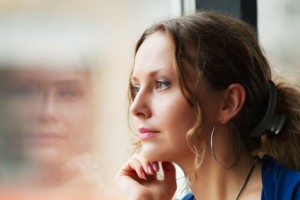 Go to the person who has hurt you

I was at a breakfast a while back where there were several of us sitting around a table waiting for our orders. I knew just sitting across from this lady there were gonna be fireworks from her to someone at our table. I didn’t have to wait long. Our breakfast orders were brought out to us. The woman and I had ordered the same omelette. I got mine first and it looked great. She got her’s and it looked good. She stared at her omelette and said it was burned. I looked and it looked fine..she pointed at the edge and said “look, right there!” I couldn’t see it but offered her my omelette in exchange for hers. She looked at me and the others sitting around the table and in a loud voice said, “I want to be mad about my breakfast.”

The table became very quiet and she blasted the poor waiter and let him know in no uncertain terms she was angry and demanded a new meal. It was embarrassing for the entire group. This woman has no friends and her children want nothing to do with her. When around her there is no joy whatsoever only bad vibes. I know she has hurt many people in the past and has done nothing to ask forgiveness and repair broken relationships. Why is that?

I suppose some folks just don’t want to forgive and see that making amends can be to hard for them. They are missing out on the joy they could have back in their lives just by saying “I forgive you.”. I have seen amazing accounts of forgiveness given to people who never deserved it in the worlds eyes. I remember on one such occasion that the world watched an Amish community respond to the murders of several schoolgirls in 2006. A gunman entered the one-room Amish school in Nickel Mines, Pennsylvania. The twenty-five children were terrified as Charles Roberts ordered the boys and the teacher to leave the school and kept the ten remaining girls and tied them up by their legs. He then planned to shoot them execution style. The oldest girl a thirteen year old pleaded with the gunman to kill her and let the others go. He refused and shot and killed 5 girls and critically wounded the 5 others. He shot himself after the police stormed the school-house. His reason for killing and wounding the Amish girls? ” I’m angry at God for taking my little girl.” He told the children before his shooting rampage.

This story was in the news both TV and print media. The world watched to see how the Amish would respond. There were over 50 television crews waiting in this small Amish community to see what the leaders would do and how they would respond to the murders of their children. The world waited and was shocked to hear that the Amish community extended forgiveness to the family of the one who murdered their children.

The world expected the Amish to be bitter and angry over the murders of their children. How could forgiveness be offered so quickly the news media asked? What’s interesting is that the story soon turned from the murders to the act of forgiveness. The world was now learning from the Amish how forgiveness works and the healing aspect of it. If only we could be so forgiving of those who have offended us. If we could let go of the pain that others have caused us.

After all the funerals of the little girls and while still grieving many of these family members attended the funeral of the murderer. Roberts widow was moved by the Amish compassion and forgiveness. Many talked with her after the funeral of her husband. The amazing fact from all this is how the Amish set up a fund to support the family of the killer. That my friends is forgiveness.

One of the hardest things for us to do when wronged is to respond with kindness. It flies in the face of evil. Many of us love to read stories about how people responded with kindness when something evil happened to them. But when it strikes us personally then that’s a whole different story. We seem to get indignant, angry, hateful, bitter and that’s ok. My point is this, “let it go.” Move on, get past the bitterness and enjoy your life. Keep this in mind. The hate you may feel toward your adversary does not harm him or her in the way that you want. “resentment is like drinking poison and waiting for it to kill your enemy.”

Do you want help in learning how to forgive? Or is it you just don’t want to let go because it gives you something to live for day to day? Here are some tips for those of you who want to let go and move on. I got some of these from Leslie Mitchell who understands the meaning of forgiveness. next week we will go over some her suggestions for forgiveness. I see a lot of people in my office who struggle with forgiving those who have offended them. These tips are a good starting point to work with.

This entry was posted in relationships and tagged bitter and angry, hold on to bitterness, how forgiveness works, making amends. Bookmark the permalink.