I asked my client at one of our meetings..”Do you respect yourself?” He responded by saying ya, I do. I am a fun loving guy who is good looking and has a nice job. I have a lot to offer any woman I date. She’s getting a great deal when she dates me. “So, yes I respect myself.” 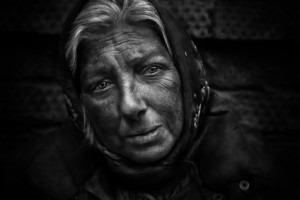 Don’t let your past hold you down!

It was several weeks before I heard from him, then out of the blue I got a call and he was crying over the phone and really upset. He stopped by and shared that he was in love with a wonderful woman and she broke up with him! He said that she was everything he wanted in a potential marriage partner. She was caring, compassionate, understanding, loving, kind and fun to be with. They did all kinds of things together, concerts, hiking, dances, eating out. They had great talks and were madly in love. So I asked him what happened?

Well, he said. When I first met her she had a great figure. As we dated I noticed that she was putting some weight on and I mentioned to her that she should start exercising to lose weight. I like my women just the right size he told her. She stood up looked at him and said “really” and walked right out of his life right then and there. He was shocked and thought that they had a great relationship and why would she want to end it. He cried as he shared this story. He wanted her back and didn’t know what to do.

Then a light bulb went on after we met several times. He now realized how he mistreated all the women he dated. He said to me “how can I show respect to anyone when I have no respect for myself?”

He hit rock bottom really fast. As he talked he opened up about the deep hurts he had in his life. He was a macho man on the outside but deeply wounded on the inside. He wanted people to think he was in full control when he actually wasn’t. People thought he had it together when they were around him but internally he was mush.

He wanted so bad to get back together with this woman, he wept as he sat in my office during each visit. He was crushed and started to see how much of his behavior had caused this break-up. I asked him what did he do when she broke off their relationship? I reacted in a harsh way! I sent her texts and e-mails scolding her and chastising her. I attacked her, her family and her work. I was awful in my treatment of her. Then I would text her and tell her how much I loved her and wanted her back. She must have thought I was a nut case.

When your true actions reveal the real intent of who you are you’re headed in for some real hard times. If your knowingly doing things out of disrespect, then stop now and get help before you do too much damage. Next week we will continue this story and what my client needed to do to get help for his disrespecting others.

This entry was posted in relationships and tagged compassionate, understanding. Bookmark the permalink.