Are You Addicted to Facebook? (1) By Dr. Michael Brooks

Are You Addicted to Facebook? (1)  By Dr. Michael Brooks

I walked into a restaurant a few days ago, and as I waited in line to place my order, I looked around and saw most everyone on their cell phones sitting at tables eating. There were entire families on their phones; there were couples not engaged in speaking with each other but sitting across the table from each other texting. 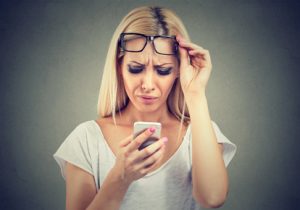 This is becoming a problem for many individuals who are either addicted to their phones or at the beginning stages of addiction. I hear people talking about FaceBook and the things they read on it. Let’s face it, many people post their dirty laundry (dark secrets) and wonder why they get attacked by followers and complain when others give them advice they don’t want to hear. Believe me, the responses I have seen and have read could be in textbooks in most human behavior classes on what not to say on Facebook.

One woman posted her anger towards an ex-boyfriend as she had probably been drinking when she wrote her post. Boy, the friends of her ex-boyfriend were on her like flies on honey. There was no mercy, and they pointed out all her faults. Then her mother got involved protecting her daughter and attacked those who were attacking her daughter. She called them out one by one and named all the things they were known for. She exposed the cheaters, the boozers (as she called them), the drug users, the dead beat dads. She didn’t hold anything back. It reminded me of the song “Haper Valley PTA” song sung by Jeannie C Riley. The lyrics in this song can be applied to many Facebook conversations and posts.

Think about these questions for a moment: Do Facebook interactions keep you from family time or from doing your work? Do you wake up in the middle of the night to get on Facebook to see who is reading your posts?

I’ll go much deeper into how you know if you’re addicted to Facebook in future articles on this subject. Many relationships are destroyed by their cell phones and the relationships they get involved with on Facebook. Facebook by far is the most used social networking website for teens and adults. Several people I know spend a great deal of time on Facebook and have no clue how many hours a day they are glued to their computers or cell phones. They fail to get school work done, are late for jobs and don’t communicate with family or friends. Medically speaking “Facebook addiction” (FA) is not recognized as a disorder nor is “Facebook Addiction Disorder” (FAD). These issues are real, but are now being brought up in Coaching and counseling sessions. I see on an average of four clients a week who are struggling with these issues with their spouses or children.

If you or someone you know find that connecting with others on Facebook is the only form of communication you have, then I think you are dealing with an addiction to Facebook. If you can see that there is an issue, the sooner you deal with it the better!

Next week, I will continue with “Are You Addicted to Facebook? There will be some tips on how to deal with addictions to Facebook and what to look for in those who you feel have a problem with facebook.

There are benefits to having friends on Facebook; I have several that I look forward to talking with on Facebook and talking with them on the phone. I use Facebook for helping others through difficult times. So, if you feel that your addicted to Facebook or are not sure, ask yourself these questions. Do I spend to much time on Facebook during the day? Do I have to keep building my friends list to prove I’m popular? Do I have facebook on my cell phone while eating meals? Do I wake up and go to bed with checking my Facebook page? Do I need help with my addiction to Facebook? If you answered yes to any of these questions, you need to contact Dr. Mike and set up an appointment. Please call Dr. Mike at 303.880.9878 if you need help.