Why is it when men or women or anyone for that matter continue to hurt others for no apparent reason and don’t care? Let’s face it, I have seen some pretty ruthless people hurt others over my lifetime. They attack, accuse, and blame people in their own family and circle of friends. Most of these people are hard, cold and very calculating. 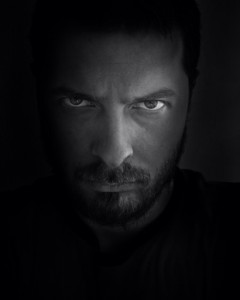 This form of bad behavior is everywhere. I have seen it in my office, while shopping for grocery’s, even at the movie theaters. Other people notice it as well and rarely will say anything.

I was pushing my grocery cart at King Soopers when a lady in her 40’s saw me coming in the produce section cut in front of me and just stopped. She looked at me and didn’t move her cart. She opened her purse pulled out her shopping list and started to look it over. When I started to go around her she cut me off again. I wasn’t the only one she did this to. I saw her do this to a few other shoppers. You wonder why?

This woman was a minor player when it comes to people with a severed conscious. There are some pretty mean people out there and I’m sure you know some as well. What do you do when you have someone in your sphere of influence who walks away from their family? Or someone who has a family member who is ill and offers no help?

Here is one woman who was nicked named “The Queen Of Mean” Leona Helmsley. She was a ruthless and calculating woman, she became impossibly cruel to employees and family. Leona Helmsley died of heart failure at her summer home in Greenwich, Connecticut on August 20, 2007 at the age of 87.

In her will, she left $12 million to her dog, a Maltese named Trouble, while denying two of her grandchildren “for reasons that are known to them.” In 2008, a judge awarded the disowned grandchildren $6 million, and cut Trouble’s share to $2 million. In private, as it turned out, the grinning monarch wasn’t just demanding but despotic. Throughout her life, Leona left a trail of ruin—embittered relatives, fired employees and fatefully, unpaid taxes.

Throughout her life, Leona Helmsley demonstrated not just a lack of affection for her fellow-humans but an absence of understanding as well. She was hated by many and showed very little lack of compassion for the hurting people she knew.

In next weeks article we will look at the hardened people we live and work with and how to deal with them.

Dr. Michael Brooks is the founder of Applicable Life Coaching and Counseling Services. His services are affordable, accessible, anonymous and available by appointment from the privacy of your own home. To avoid travel time and the comfort of home, many clients prefer to meet with Dr. Mike over the phone or via Skype. The convenience of this type of coaching is the most effective means of Life Coaching and counseling for those who live out of the Denver-metro area. Give Dr. Mike a call! You’ll be glad you did!

This entry was posted in Divorce Coach, Life in general, relationships. Bookmark the permalink.